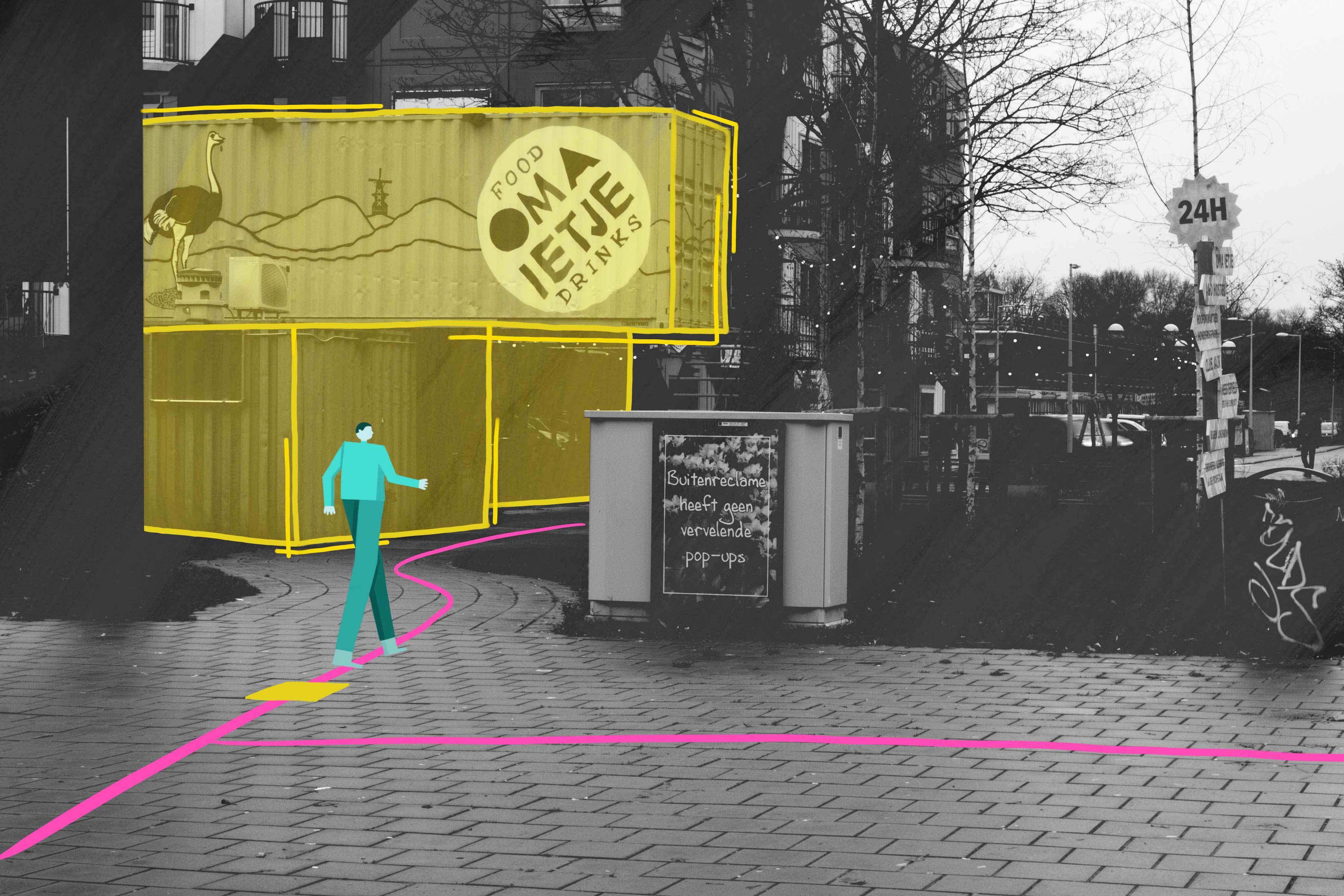 Many cities across the world are facing rapid transitions that affect their social, cultural, and economic fabric. Amsterdam is no exception. The municipality is seeking to tackle this challenge by engaging residents and workers alike in the development of their neighbourhood.

Amstel III is a rapidly changing neighbourhood in the south-east of Amsterdam. Currently, it is divided in two contrasting areas. One side is inhabited by low-income residents; while the other is dedicated to offices that employ some of the highest earners in the country. The two sides don’t interact with one another. 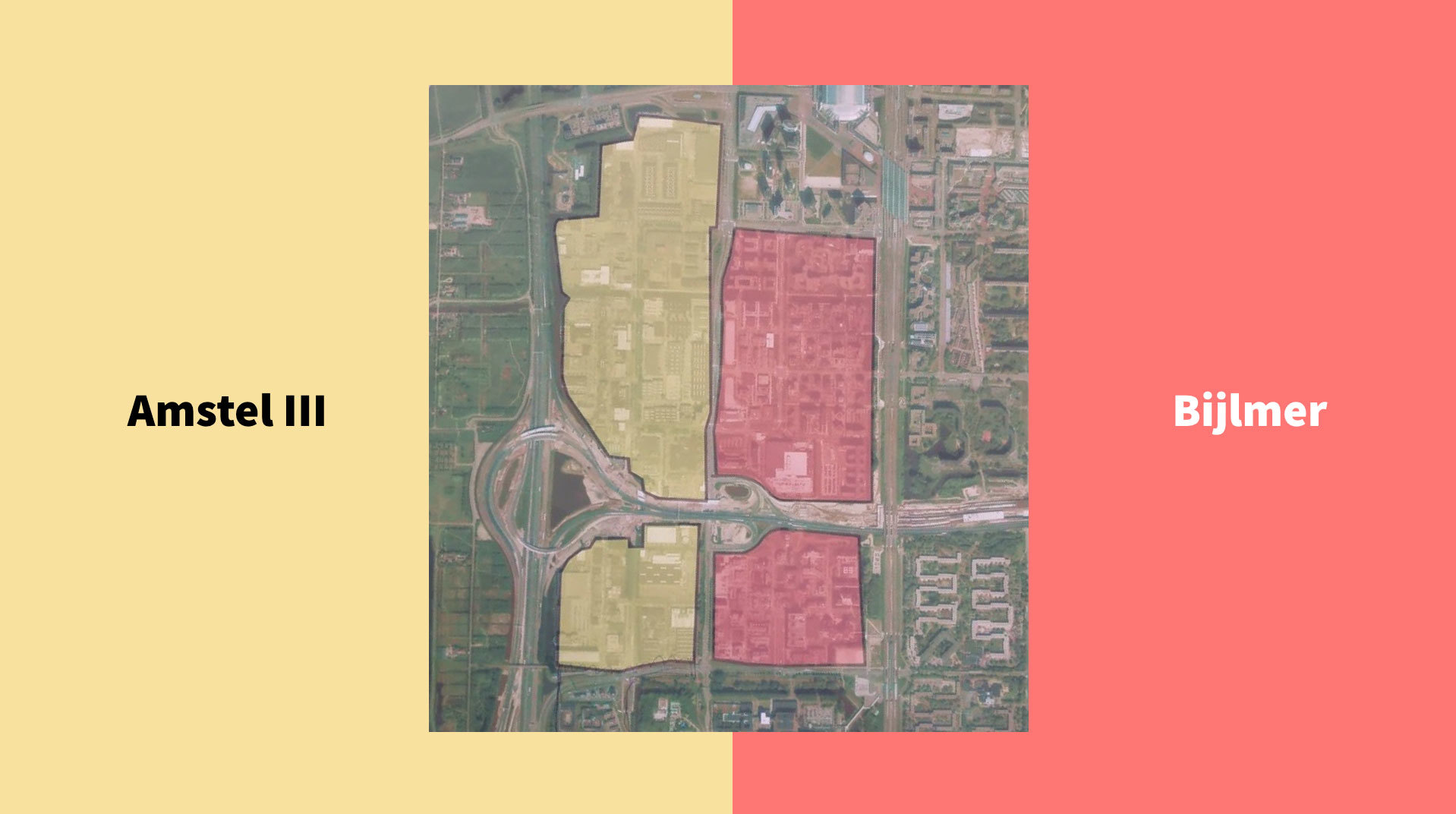 The municipality aims to erase the border dividing the area and turn the neighbourhood into one big multi-use district. The big question is: how can we make sure the transition is good for everyone in the neighbourhood?

Transformcity is a company that supports and advises cities with their urban transformational processes. They have created an online platform that supports bottom-up urban development, allowing all the stakeholders in a neighbourhood to participate in the changes being made. However, to most people, this project is still unknown - including to those at Amstel III. Our challenge was to open up the network, involve all of the neighbourhood stakeholders and turn neighbourhood-consumers into makers.

People feel they can't engage in the changes being made around them. They feel left out and tend to stay on 'their own side' of the neighbourhood.

To really understand the neighbourhood and its users, we spent as much time as possible in Amstel III. We often worked out of local cafes and at the municipality office. Being in the neighbourhood and talking to locals helped us understand the tension between the two sides of the area. We discovered that many people feel they can't engage in the changes being made around them. They feel left out and tend to stay on 'their own side' of the neighbourhood. In addition, many residents told us that Transformcity’s presence in the neighbourhood wasn’t strong or visible enough. They saw it as an organisation hidden in a high tower that only has contact with big building owners.

After gaining these first insights, we dedicated the rest of our time to creating a visible and accessible ‘entrance’ into the Transformcity network for these stakeholders so that they could become part of the change. 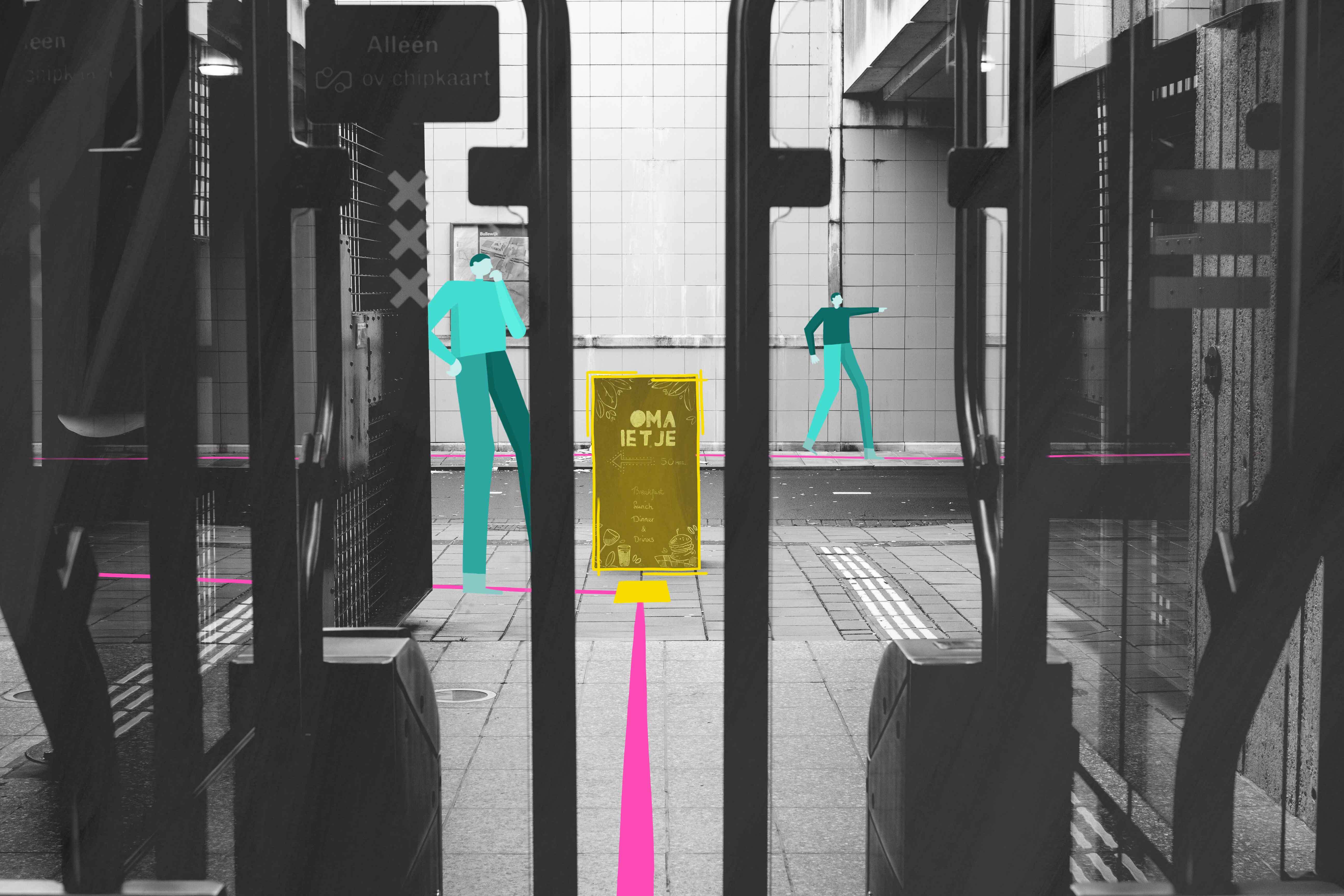 Example of a route

We thought about our own happy findings on the platform and how they helped us see the potential of the neighbourhood while walking trough it. That’s how our concept came to be Treasure Hunts. The online platform was full of interesting insights and information about the area - in other words, hidden gems. So we brought these ‘treasures’ from the depths of the online world onto the streets. 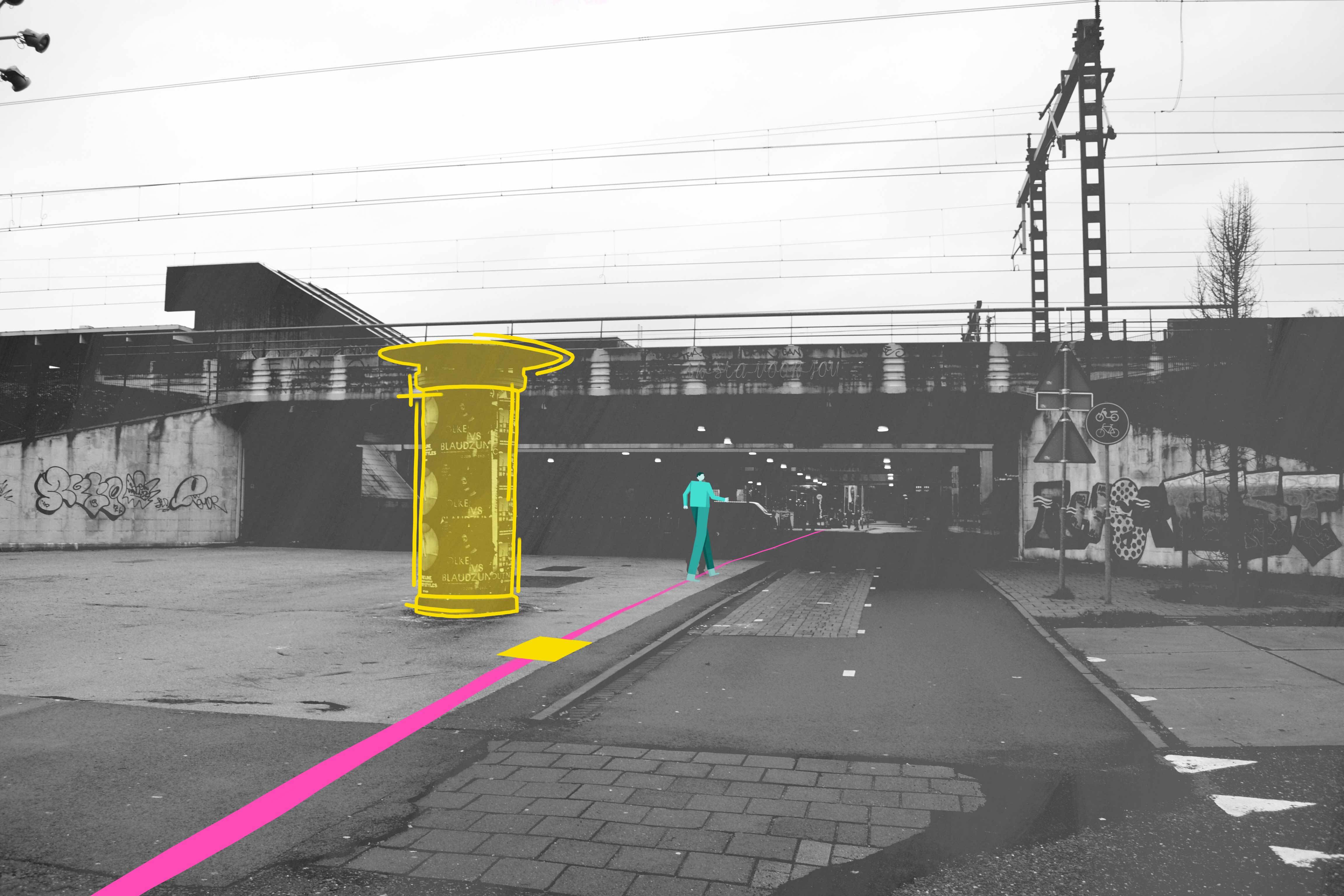 Example of a route

Treasure Hunts are walking routes throughout the neighbourhood consisting of special sidewalk tiles. Each of the tiles contains information about neighbourhood projects happening in its direct environment. Once people are inspired and want to participate in a project, they can use the link on the tile to go to the online platform and become a maker of their neighbourhood. 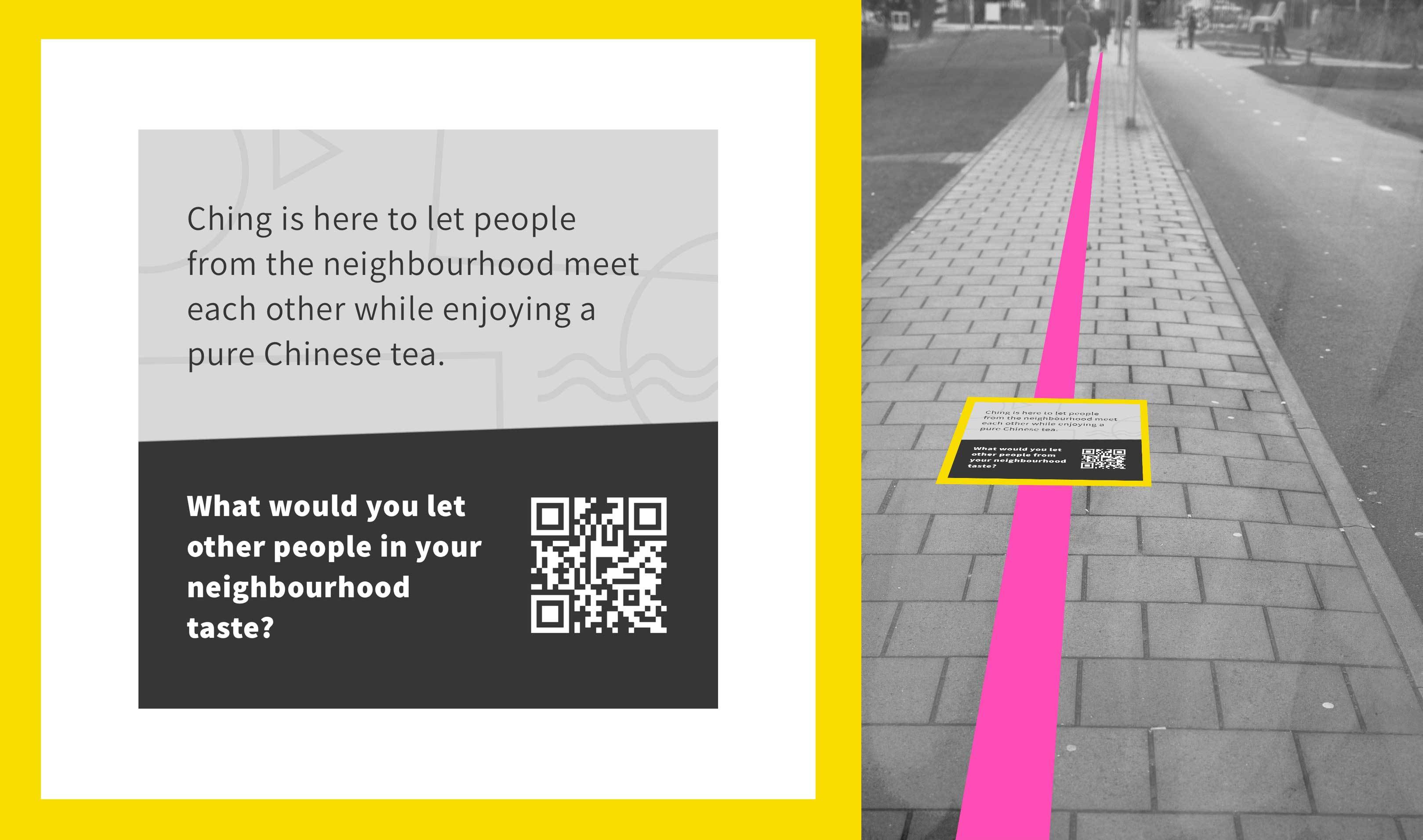 Example of a tile

This is only the beginning

During the first half of our project we discovered how complex the transition in this neighbourhood is. There are many different stakeholders, all with their own needs and ways of communicating. We felt a bit overwhelmed by the scale and complexity of the situation. Our project lasted only eight weeks and much of it was spent on understanding the situation. We felt like delivering a finished product for this problem in such a short period of time didn't do justice to the situation.

Together with our client we decided that this project should serve as a start for a bigger plan. We were no longer working towards a polished product. We focused on experimenting to gather insights and inspiration to kickstart further developments of the concept. Transformcity will now be able to take on these insights and visualisations of the project and develop it further to an implementation stage. 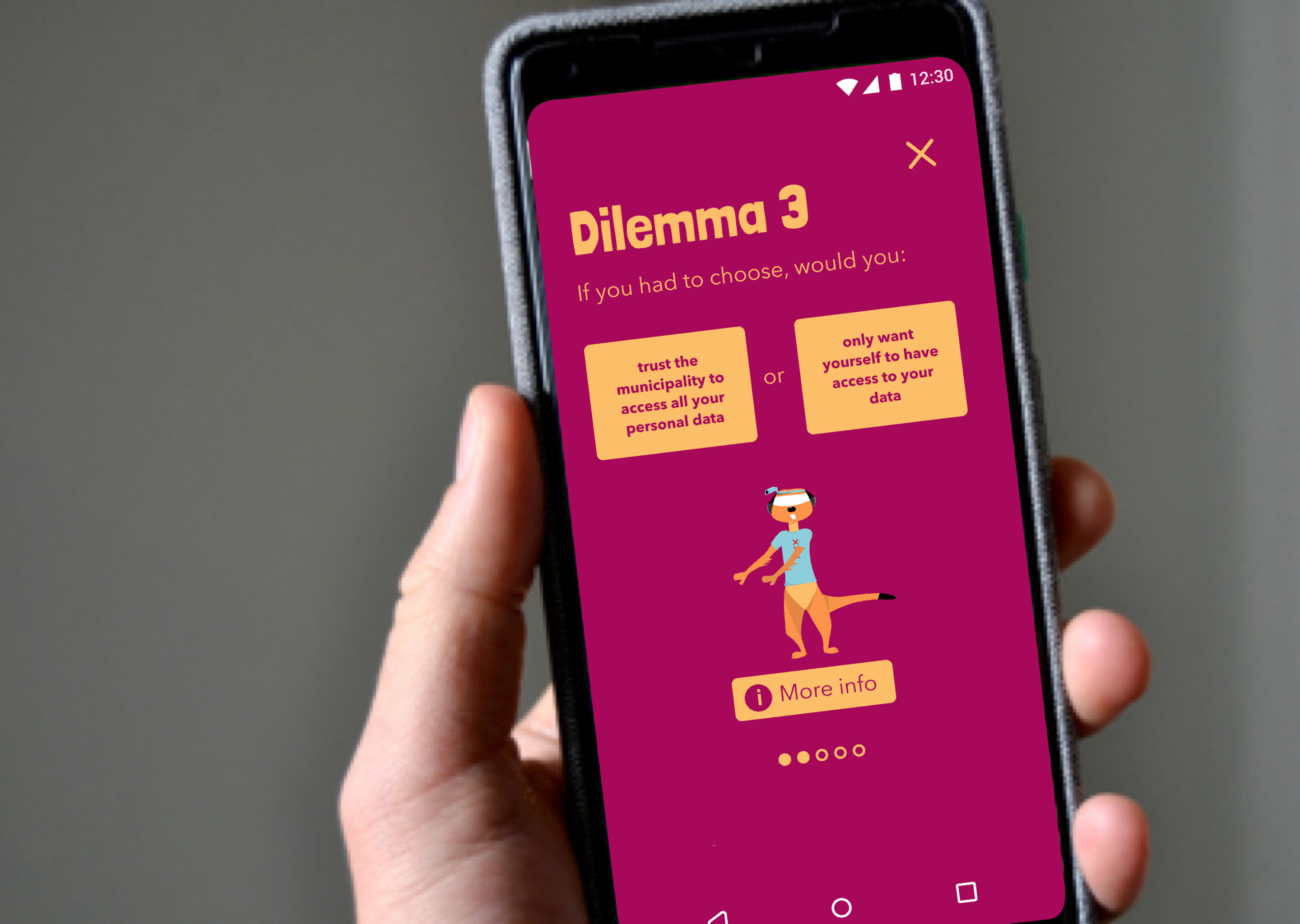 #PrivacyTalks
A campaign for a privacy-conscious Amsterdam 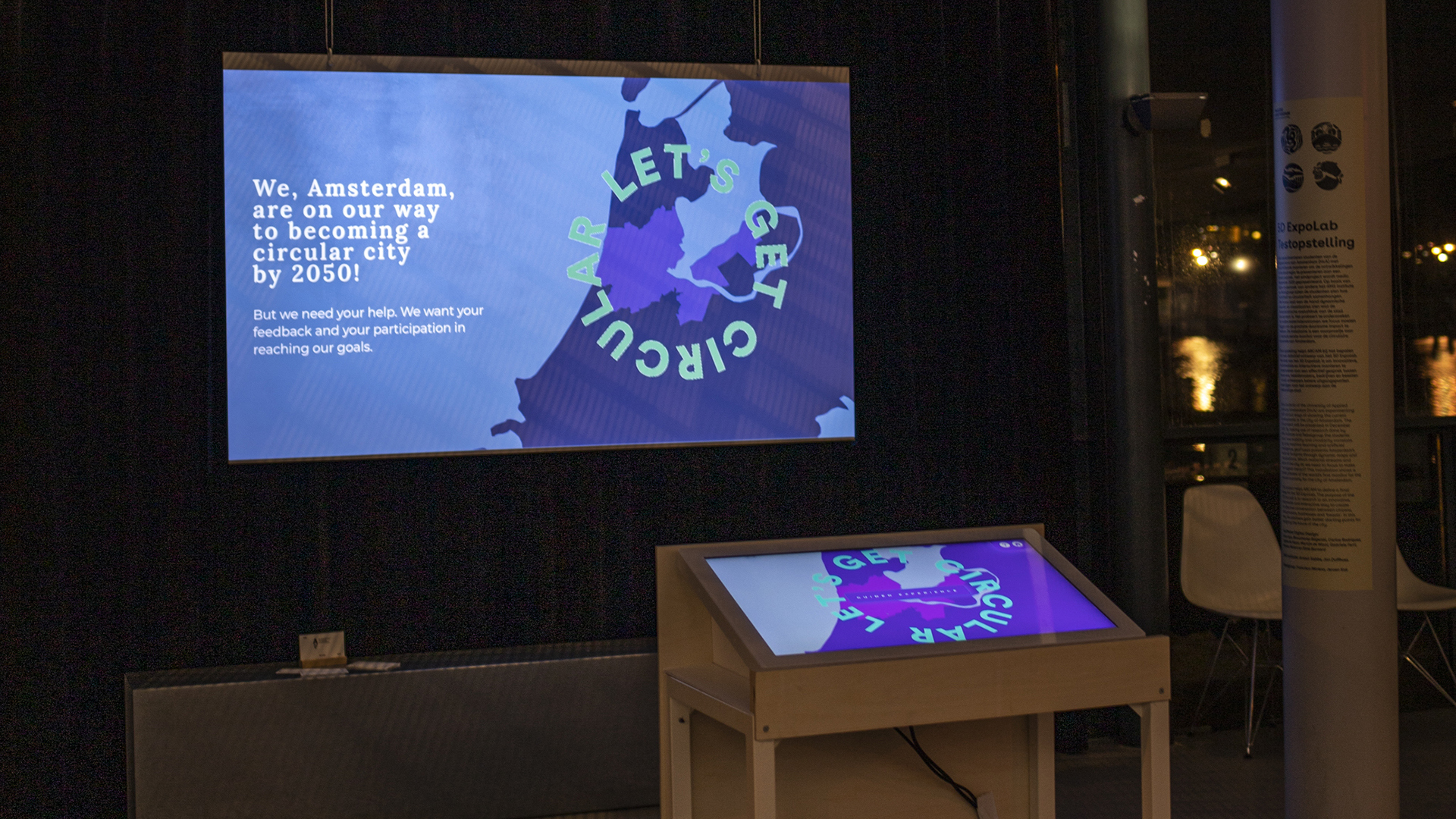