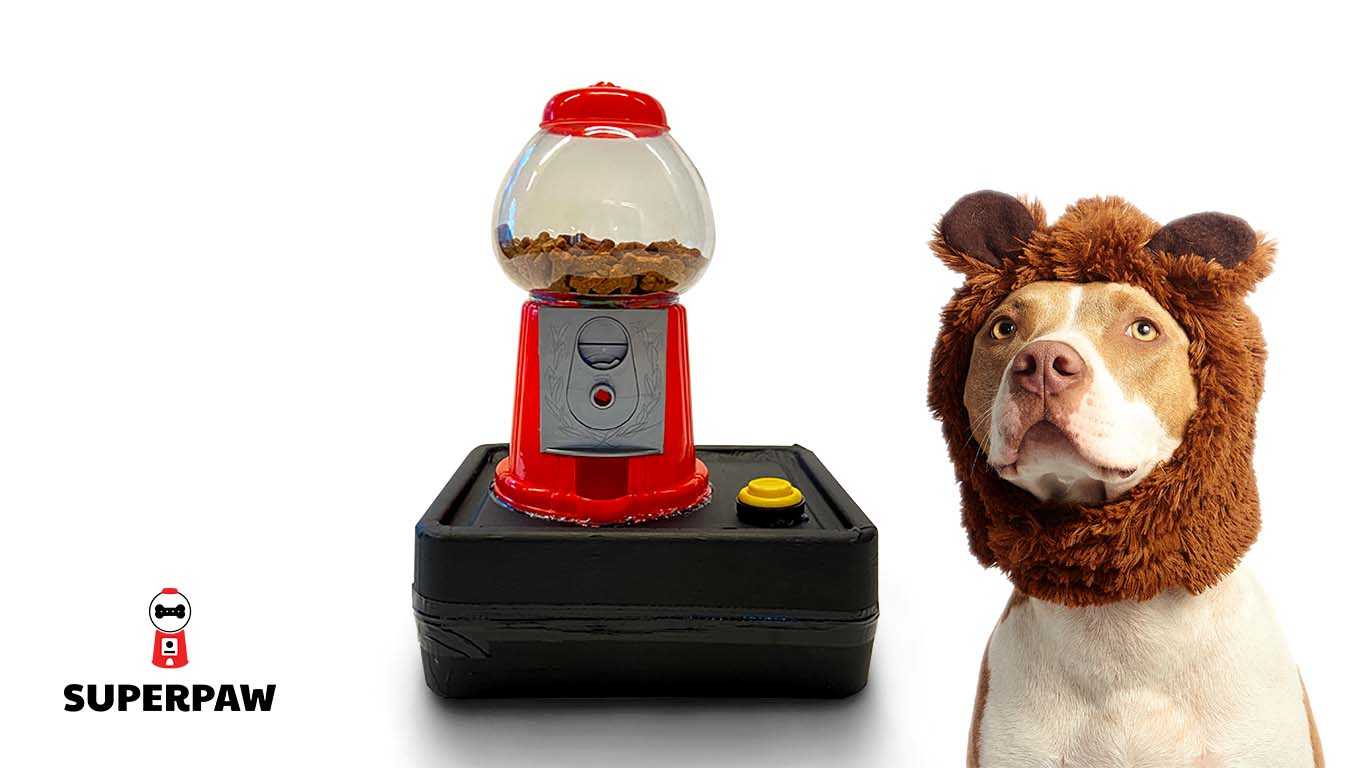 The Netherlands was the first country that became free of stray dogs. It is estimated that every one in five Dutchies owns a dog. Most restaurants and cafes in Amsterdam refer to themselves as “dog-friendly”, however, they rarely provide more than a bowl of water. Our challenge was to create a service or a product that would improve the experience of dogs, dog owners, and business owners, without making it a “dog-centered” restaurant. We aimed to make restaurants and cafes easily accessible for people with dogs. Potential ideas for project vision were a game for dogs, a smart object, sensors, or an installation.

SuperPaw is an interactive dog game that dispenses treats at the push of a button. It is a great mental exercise for the dog and it keeps the dog occupied. Simply open the Dogs to Go app and check for the available SuperPaws in restaurants and cafes in your area.

We started by interviewing dog owners to understand the challenges they face when bringing a dog to a restaurant, and various ways to calm down the dog. One of our findings was that most dog owners keep their dogs near the table and bring dog treats with them. Furthermore, we gathered insights from other stakeholders, such as business owners and non-dog owners. Interviewing a dog trainer and reading academic papers helped us understand dogs ’behavior better. We explored already existing smart dog toys, visited local pet shops, and talked to their employees. 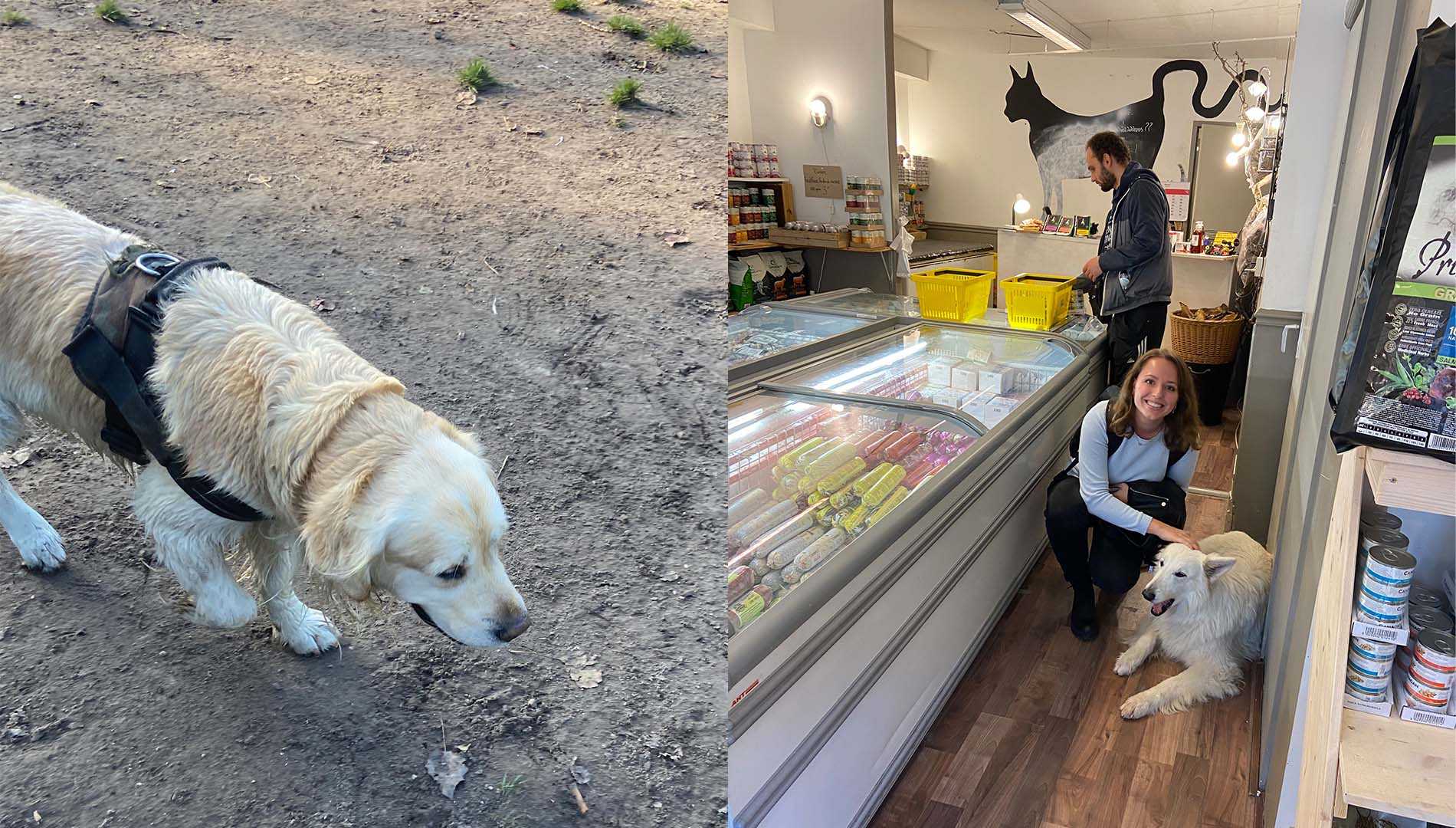 After using the Crazy Eights method of generating ideas, we discussed their main functions through concept exploration and paper prototyping. This process helped us narrow it down to three concepts, such as a robotic petting arm, a dog’s menu, and a gumball machine. We then hit the parks and restaurants, talked to people, and asked them for their opinions. The insights helped us settle on one concept - the gumball machine.

How will it work?

The prototyping phase was full of challenges because we had to learn how to work with a new technology, which required the use of Arduino. We educated ourselves and made sketches to understand how the mechanism would work. The first paper prototype was created to test the connection between Arduino, servo, and the button. Once we made it function, we started iterating on the appearance of the gumball machine. 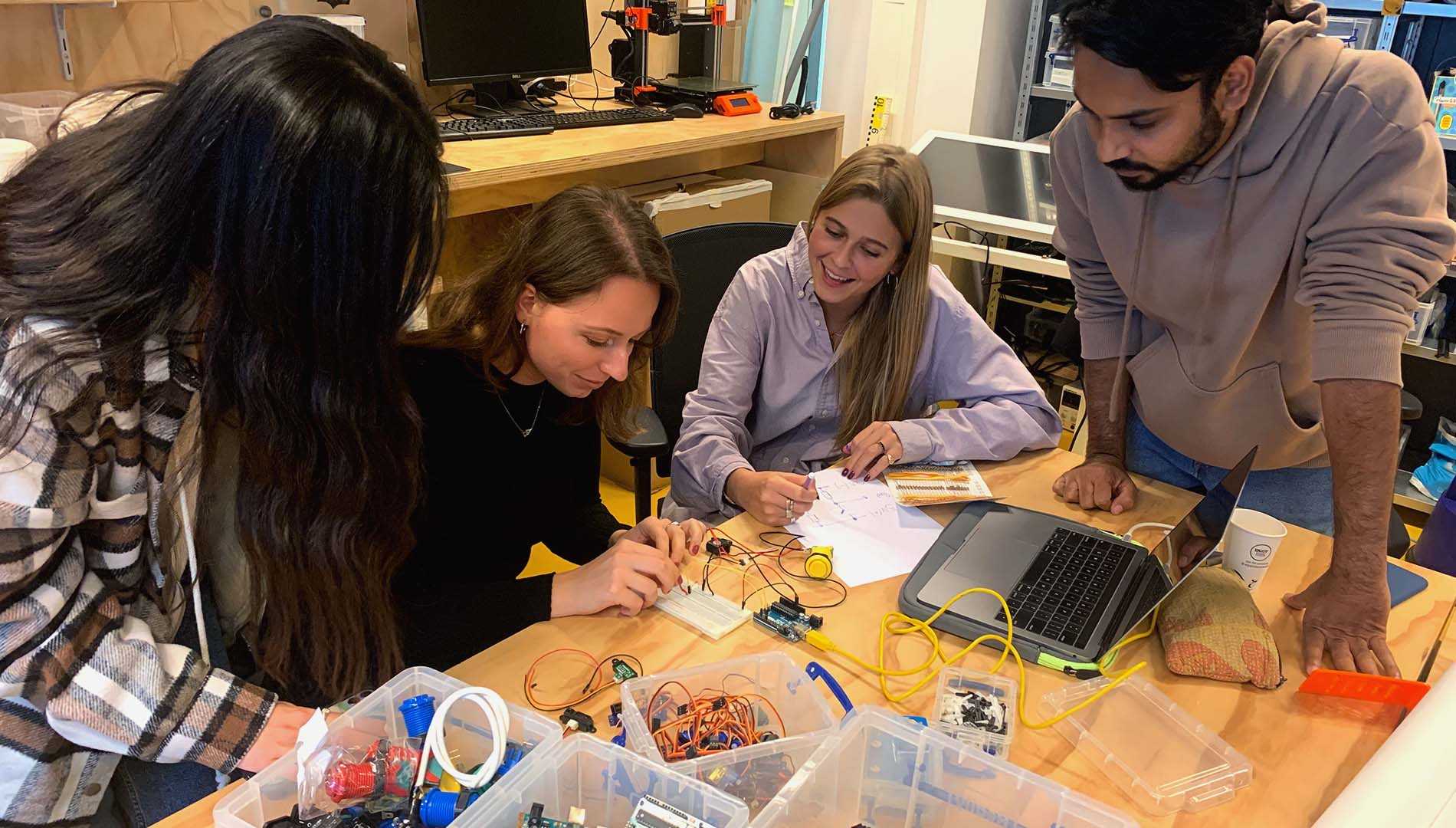 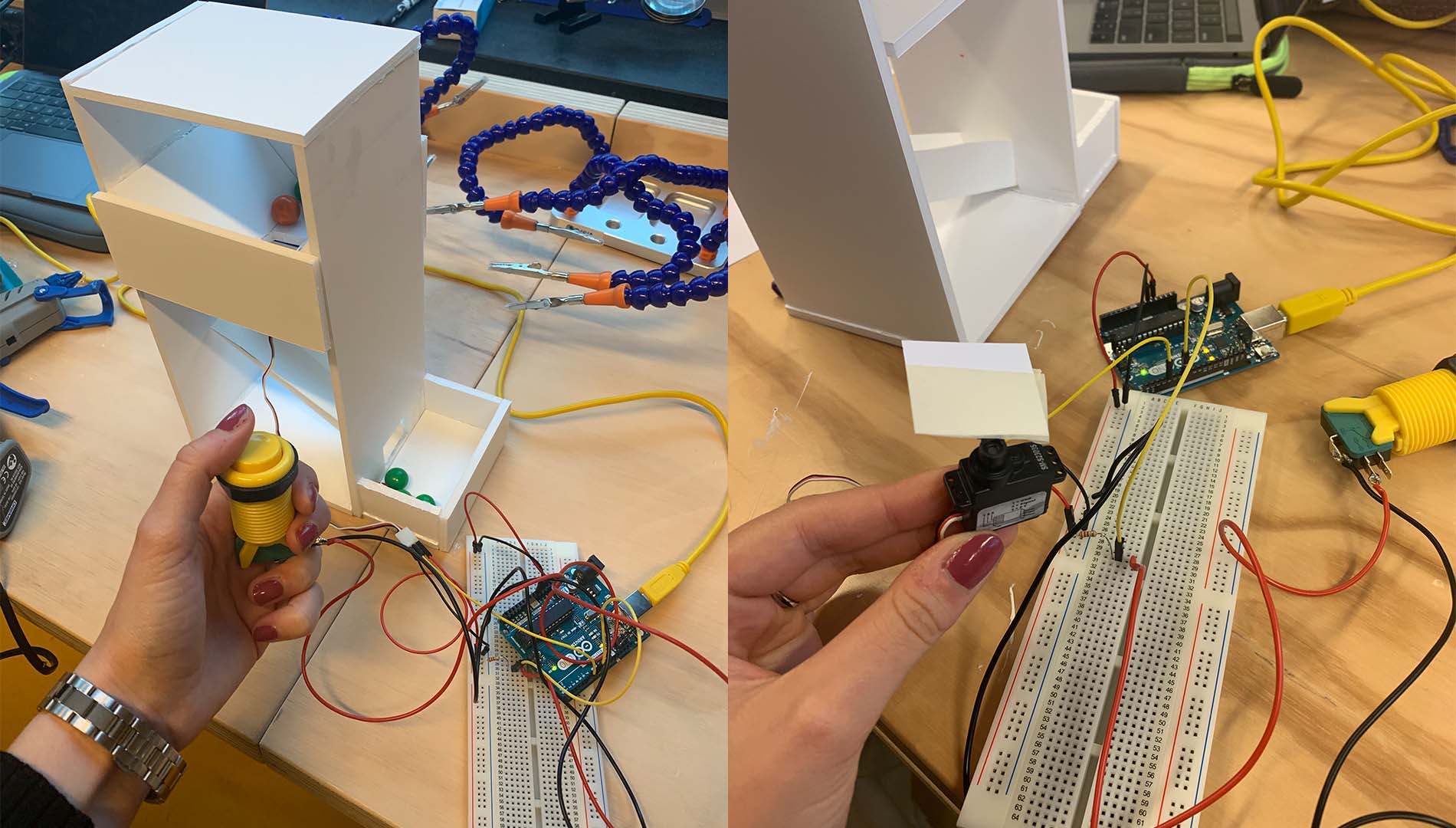 The next stage was to purchase a toy gumball machine, which was disassembled in order to place mechanism inside. We first tested it with M&Ms, which we, later on, switched to dog treats. Our first attempt wasn’t successful, because of our poor choice of the treats. They were too sticky and didn’t slide down the hole. We iterated on the size of the valve (servo) and the hole, but nothing helped.

That gave us an opportunity to buy new dog treats, which were organic, and bought at a popular dog food store in Amsterdam. When doing our research, we realized a lot of dogs were on a special diet, some had diabetes, and some had owners who were very particular about their food. Therefore, we switched to organic vegan dog treats, which were dry, non-sticky, and worked well with our mechanism. The SuperPaw was tested with dogs during our final video making and we came up with some suggestions for future iterations like implementing snout-friendly buttons or making different sizes. 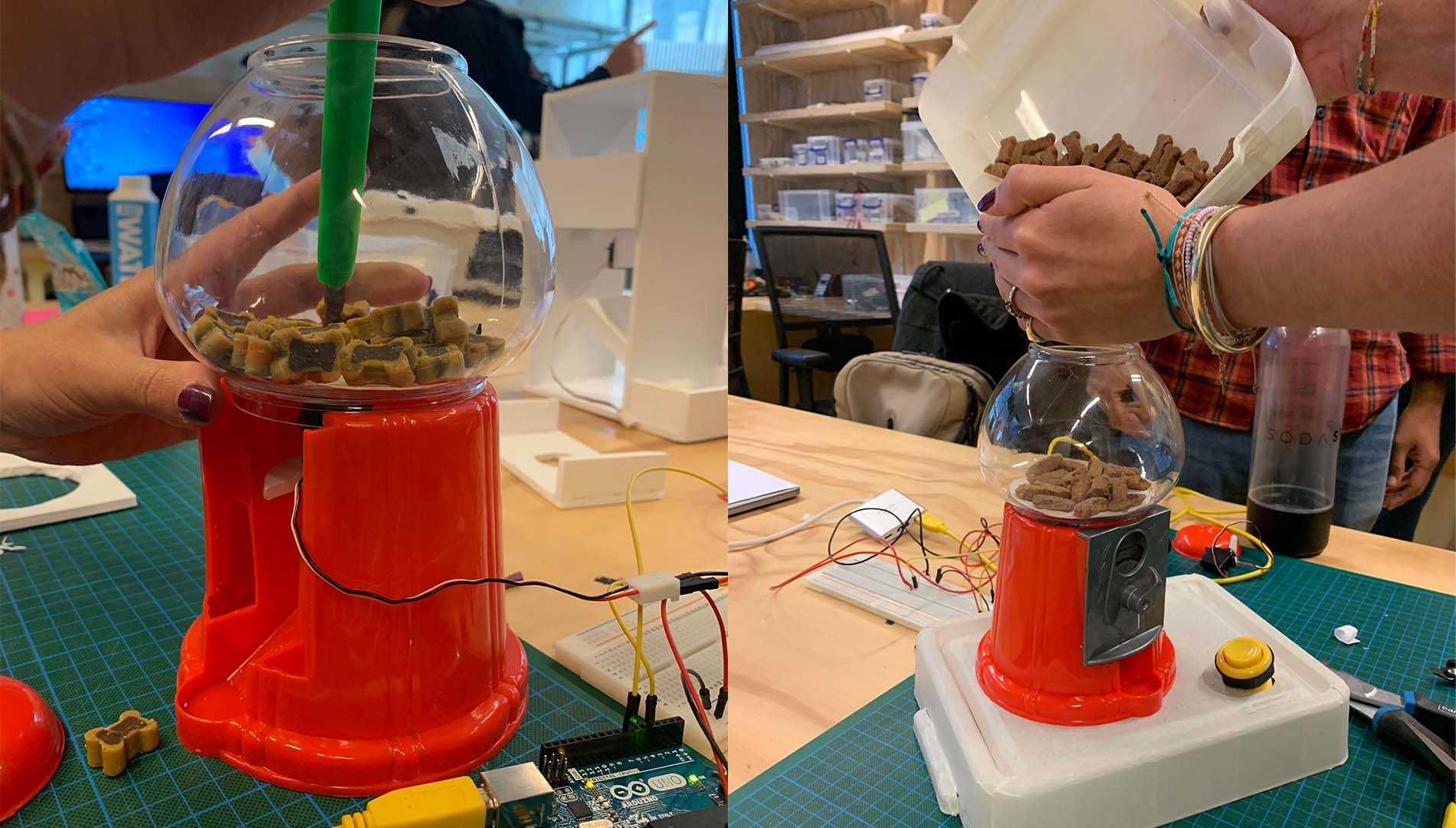 Animals are often forgotten when it comes to design. We made sure that the emphasis was put on dogs' experience, while also considering their owners, business owners, and regular customers. Our final product provides something a little extra for our furry little friends. SuperPaw is a portable interactive dog game with a retro look of a gumball machine, that makes sure your dog doesn’t beg for food anymore and you have more time to relax. It distracts the dog from entering an unknown environment and calms it down. Businesses can distinguish themselves from their competitors and benefit from more customers. This project taught us that it is our duty as designers to make sure we pay attention to all living creatures during our design process. 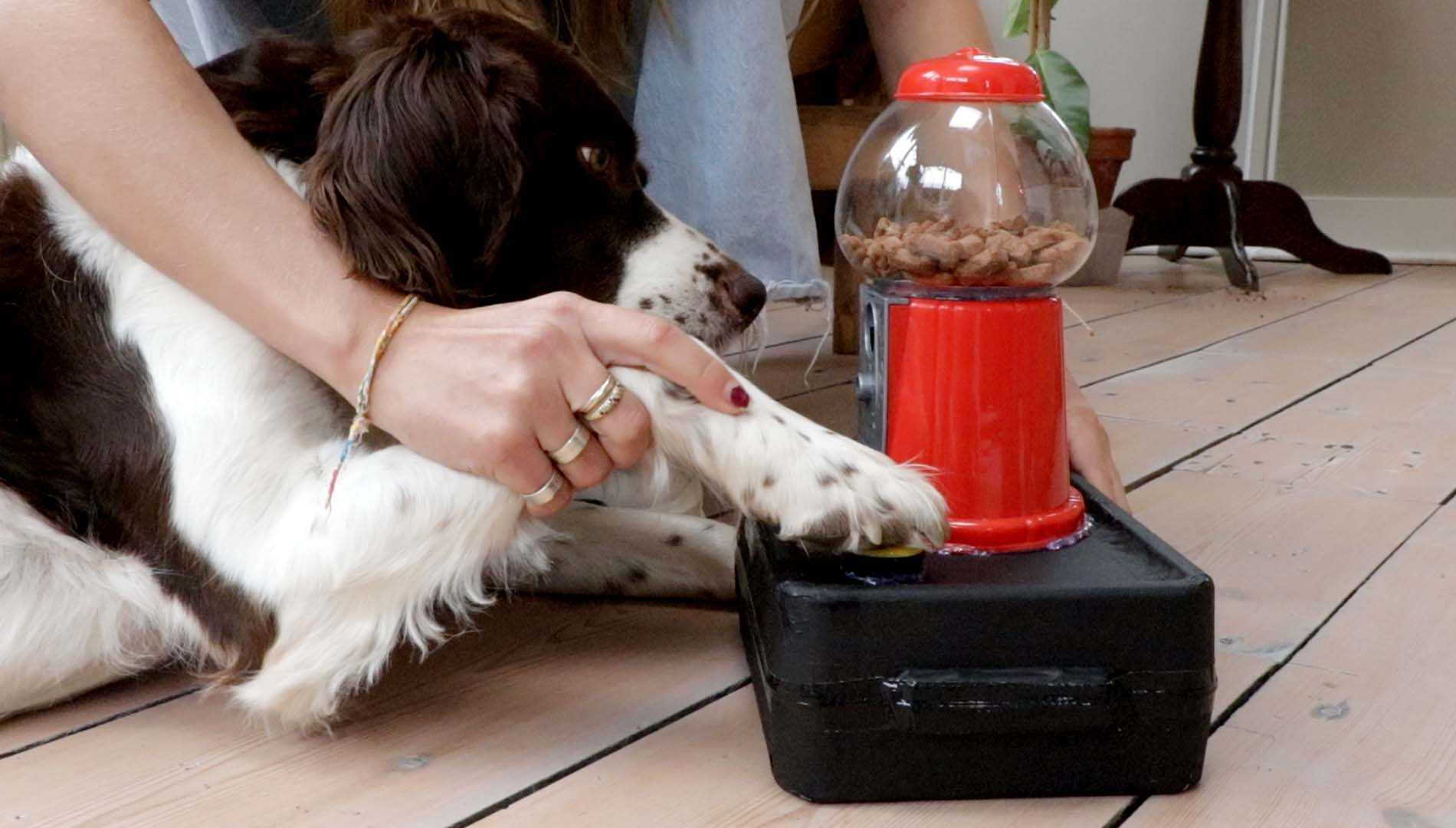 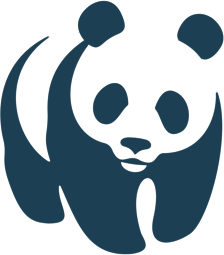 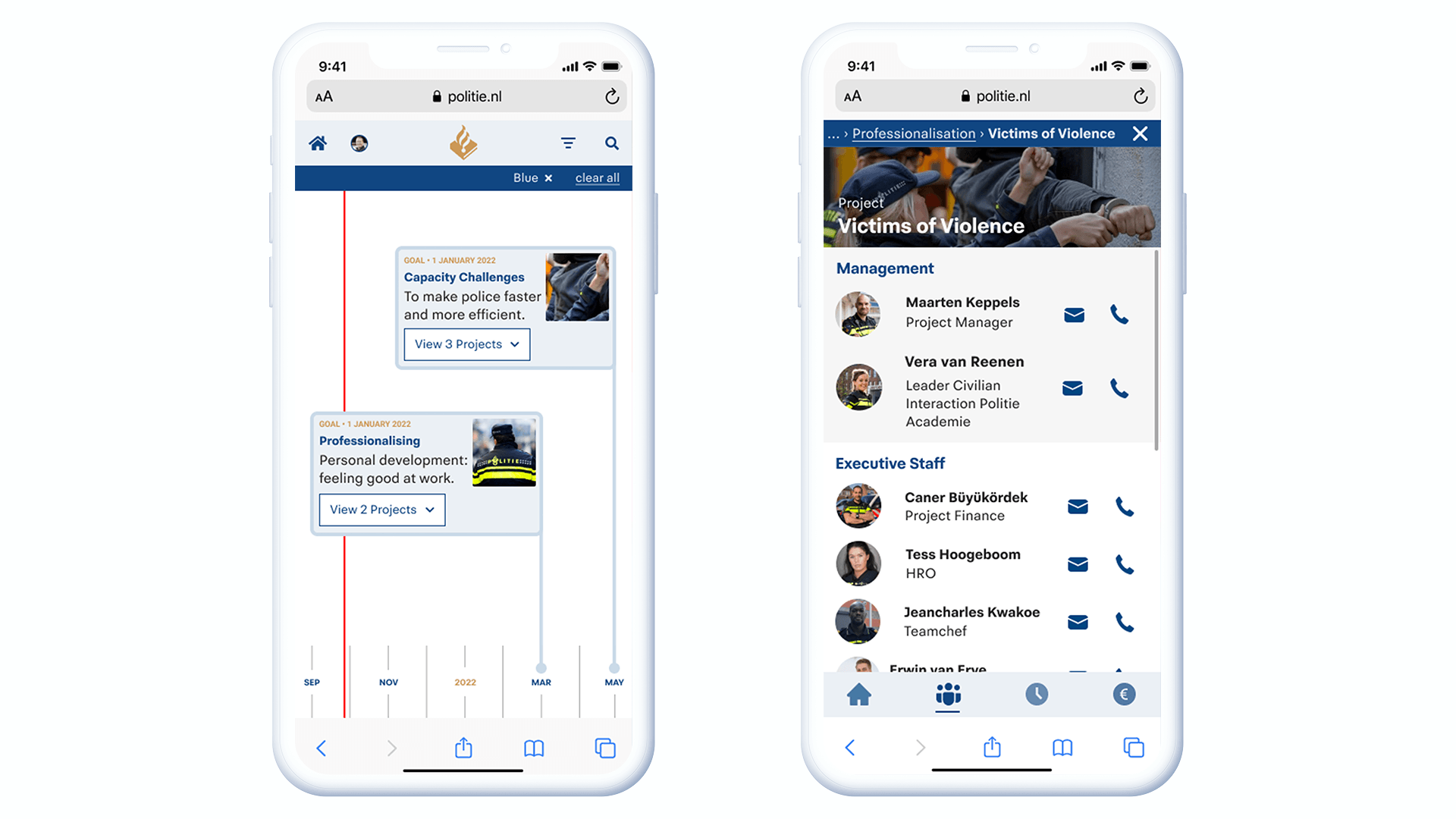