Creating a platform for citizen participation 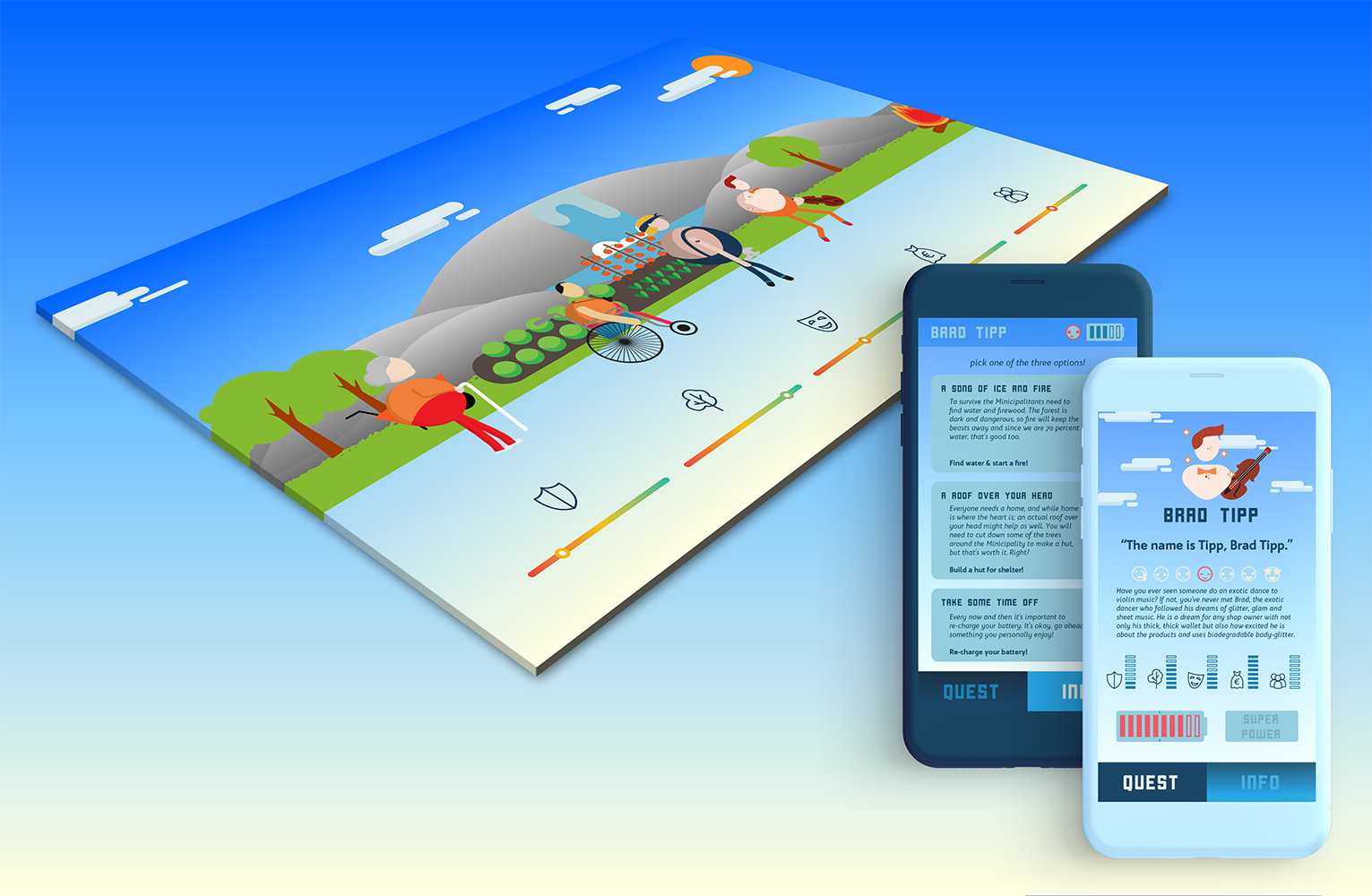 Cities are no longer exclusively made by a municipality. In this day and age, we create a city together. Citizens, organisations, and municipalities all work together to make a city what it is. We call this process ‘city-making’.

The Research Group of Play and Civic Media was interested in a digital solution to improve bottom-up empowerment. That is, to empower citizens that are not in charge but should be in charge of decision-making in their own neighbourhood. After all, they are the ones who have to live there.

We wanted to give people who used our digital product the tools they needed to make their neighbourhood a better one.

With more than 180 different nationalities the city of Amsterdam was not only part of our target audience description but also pushed us into a design direction where we wanted to focus on the beauty of diversity and how these differences make us stronger as a community. Through a process of paper-prototyping and a lot of brainstorms and discussions with the client, we came to ‘Minicipality’. 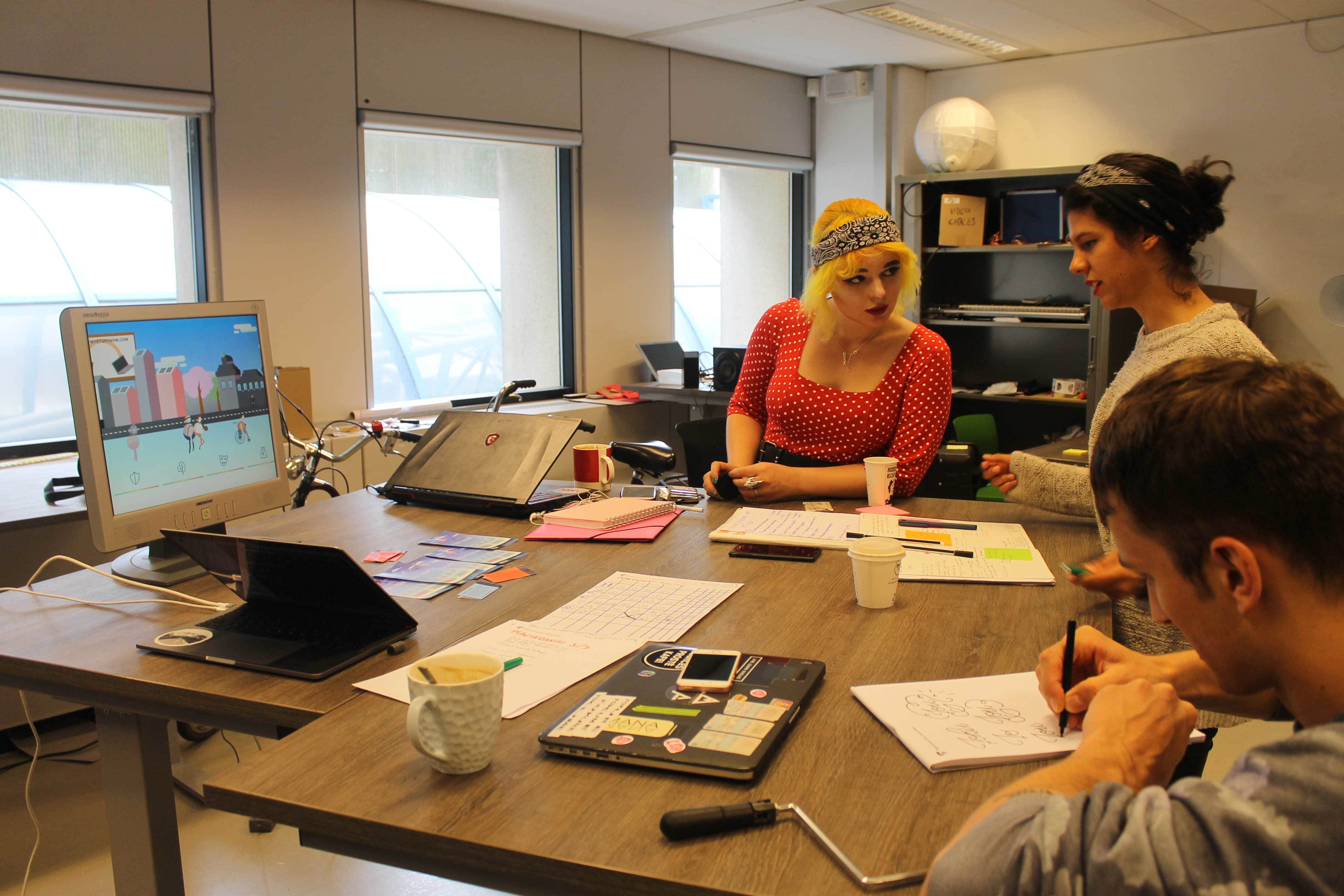 Minicipality is a game played on a large interactive table. Participants use their smartphones as ‘controllers’ for the game. Made for a bar-setting, it’s easy to join and play for just a short while or for over an hour: you log in via your phone, get a character assigned to you, and start playing.

The characters, the Minicipalitans, are randomly given out. As a way to underline the rich cultural background of the city they are all stereotypes. Good-natured ones of course: a butch lesbian who wrestles bears and is super social; a Chinese tourist who has an active Flickr account; a deaf retired midwife who knits and plays bingo. The stereotypes did not only make people smile in their play-throughs but also helped players to quickly get ‘into character’.

When a player logs in they are asked to take decisions: do you want to slaughter the cow or start a vegetable garden? The player must make these choices bearing in mind the character they have got. If a player chooses something that goes against the character’s values their mood will decrease. So a decision must be taken: are you willing to sacrifice your own happiness for the greater good?

There’s no i in Team

The game punishes people that are self-centric and rewards working together. Through collaboration people are not only made aware of the in-game mechanics of teamwork but they also realise how this is mirrored into day-to-day life.

Additionally the game offers real-life information about initiatives in Amsterdam or, for example, how to get solar panels for your house.

User-testing was a great way to spot flaws in our design. We started with a play test with fellow designers who picked up on details we could improve.

Tests that followed with users gave us insights on two important things: firstly players enjoyed and stepped into the shoes of the characters they received. A young girl who got an older adult objected to a choice because she was ‘old and weak’; secondly, all players said they got the message, which was that you need to work together to make something happen in your neighbourhood.

Funny enough, it wasn't only the players who learnt about that: our team also got to understand much more about communication and cooperation in the context of a project. 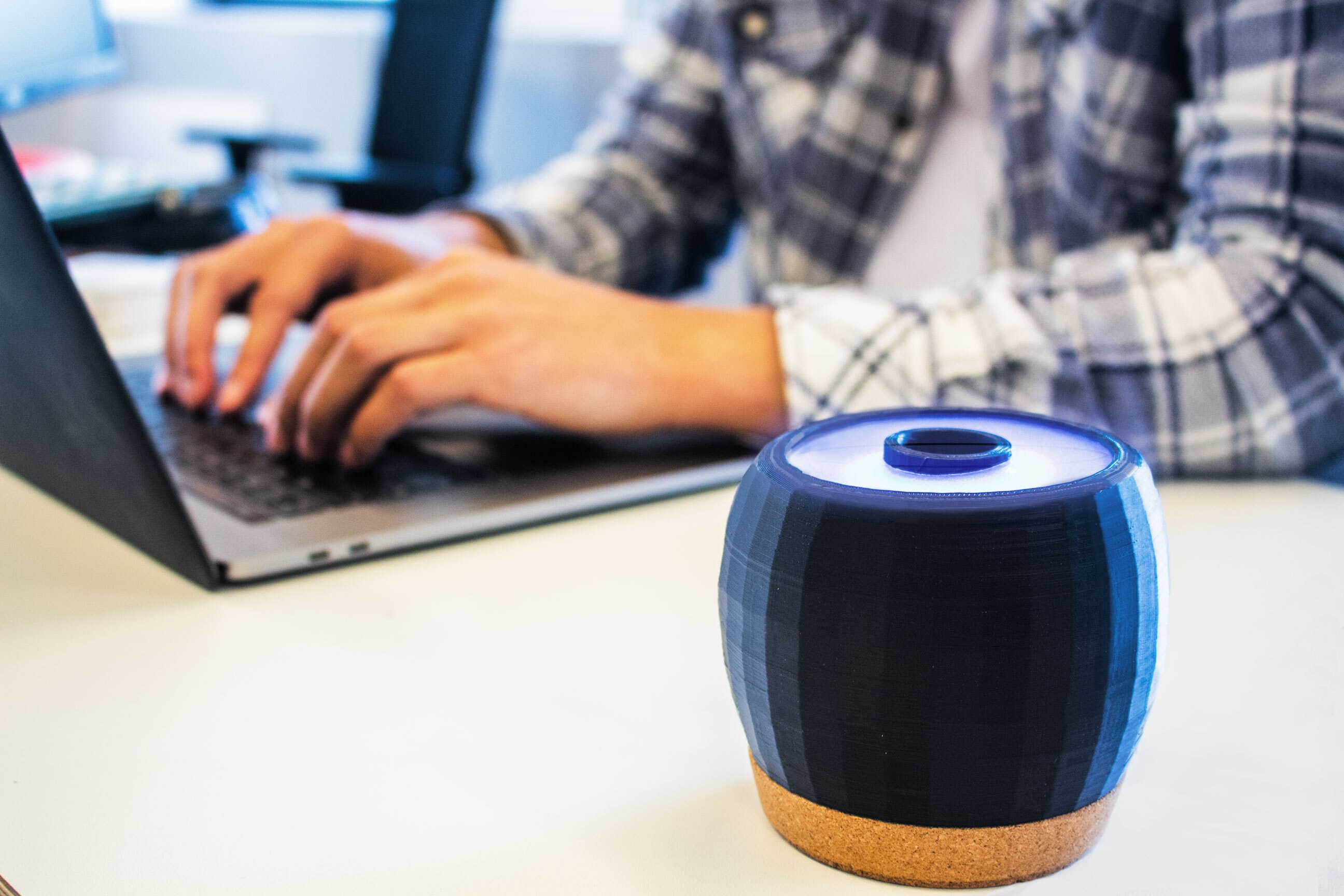 AirBuddy
Home is where the office is, and where the bad air circulates 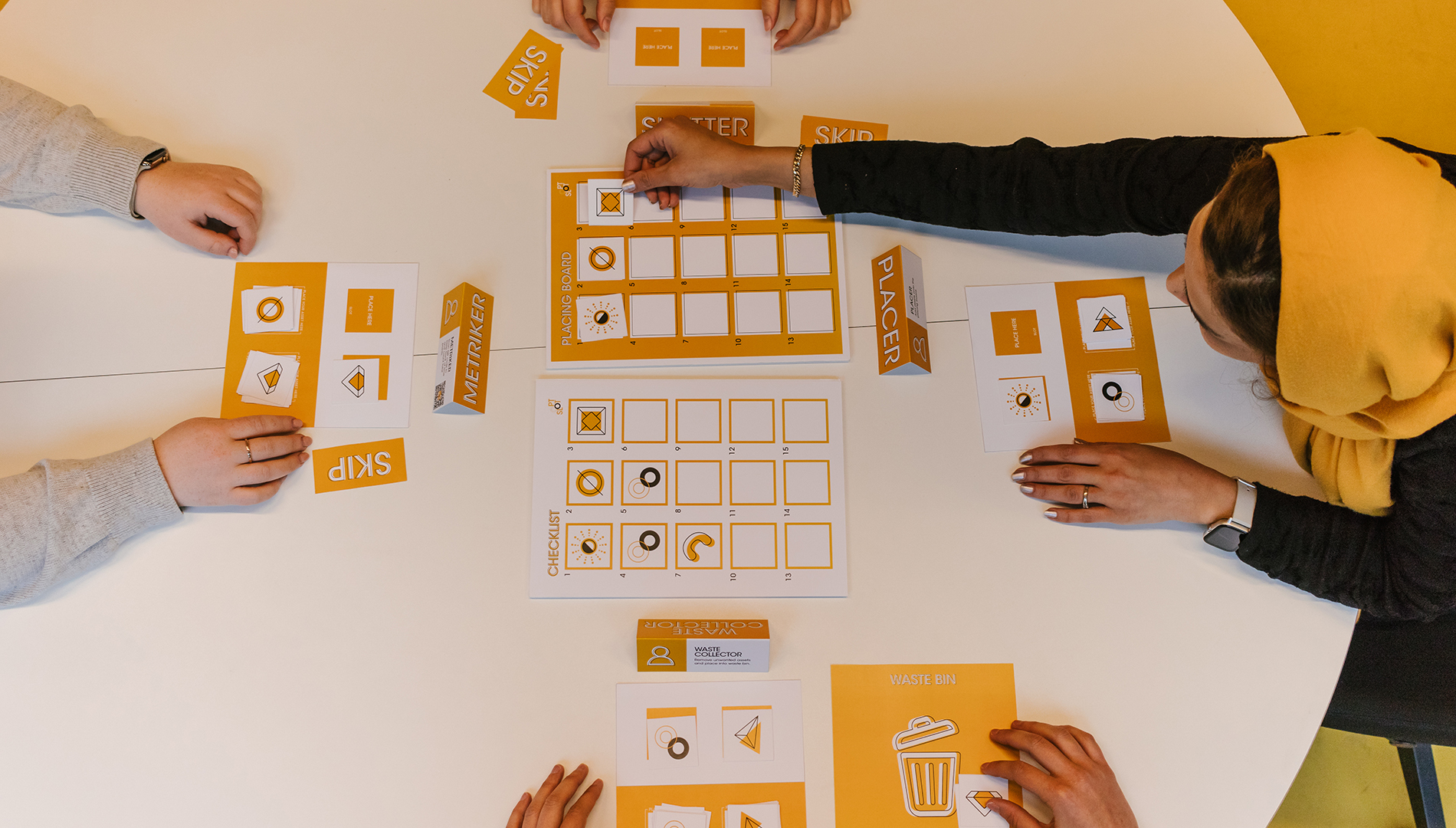