How Dialogues are Lost Because of Cashless Payment Systems

The more we surround ourselves with technology, the more I question the impact it has on social isolation.

Since its inception in 2014, Apple Pay has been raising a few eyebrows. There have been a lot of anxieties about privacy and consumer data collection in the hands of a private company. However, most don’t seem to be paying attention to another cost: our human interaction.

In a world where everything and everyone seem to be moving with an amazing speed, it almost feels like we don't have any time to spare. Every interaction with a system has to be as smooth and as fast as possible, so that we can just move along with our lives without too much hassle. Otherwise, irritation arises. ‘Luckily’ technology is here to help us save some time and Apple Pay is definitely fulfilling this demand. But at what cost?

Okay, full disclosure: I use Apple Pay on a daily basis and I enjoy the interaction. So, by no means, do I intend to criticise the product. However, as a designer, it has made me wonder up to what extent the introduction of cashless payments technology has impacted social connections.

Once upon a time

The rise of cashless payments has, in fact, been happening for centuries. The growth of trading after the Middle Ages led to cheques being introduced to make exchanging money between trusted merchants easier. Cheques continued to evolve further and further until the 19th century, when the printed blank cheque was introduced. Then, in 1966, card technology was announced for payments and now we practically can't imagine a world without it. Just type in your pin and you’re good to go. When we thought things couldn’t get ‘better’, contactless payment technology appeared in 2007 and now we don’t even have to fill in codes anymore.

Cashless systems have surely made the threshold of communication between cashier and customer bigger.

Blink of an eye, swipe of an app

When Apple Pay was introduced in The Netherlands in June 2019, I was blown away by how fast the interaction was and how easily I could pay for things now. I no longer had to waste time fishing coins out of my pocket and counting them or even fill in my pin number and feel anxious as a queue formed behind me. For a while, the new technology would even invoke some sort of small talk at the register. "I love this feeling!" or "It's so easy!" was all you could hear at check-out. 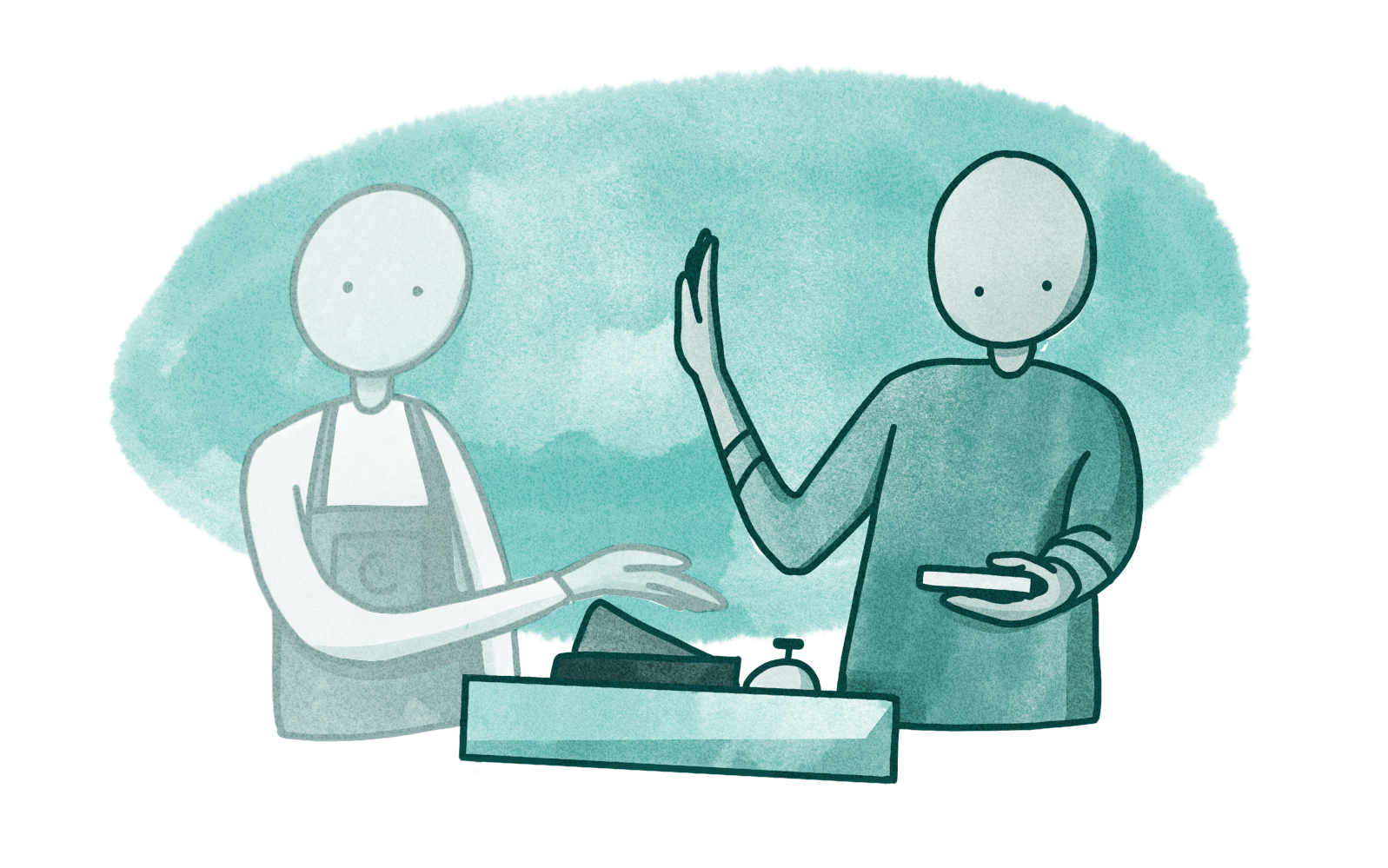 But there’s another side to this ‘easiness’ of payment. As a side-job, I work as a part-time cashier. I've been noticing a shift in the social interaction people have with me while I check out their products at the register. Their attention is not on me. Some stare at the screen, others check their phones, others fiddle with their wallets. I have often wondered if anyone could even remember my face as soon as they walked out. Cashless systems have surely made the threshold of communication between cashier and customer bigger.

People are so invested in the interaction with the device that they almost become unaware of the world around them.

At the time of writing this piece, it’s been six months since Apple Pay was introduced to the Dutch market and now, its use has become normal. There are no comments, no conversations, no excitement. People don't even use words anymore to communicate that they want to pay by phone. Simply pulling their phone out of their pocket is clear enough, apparently. And more than ever, my colleagues and I don't seem to matter.

People are so invested in the interaction with the device that they almost become unaware of the world around them. In order to make the payment work, you have to look at your screen. But there can be so much more happening on the screen at that point: incoming text messages, likes, mentions, missed phone calls, you name it. With all these ‘interruptions’, we sometimes forget that we're actually standing at a cash register and there's another person there with whom we could (or maybe even should) interact. The discussion on phones being a distraction has, of course, been going on for years, and, in my view, systems such as Apple Pay only reinforce this distraction (ok boomer).

Is no screens the new screens?

As a designer, I feel that if we create a cashless payment system, we should keep in mind that it's non-distracting. The interaction with the device should be so easy that we don't have to actually look at a screen to make sure it works. Perhaps it’s time we started considering ‘screen-less’ alternatives for feedback.

But an even bigger question so central to our modern lifestyle rises from all this: Does every interaction even need to be faster? When can we say that something is 'good enough'? It's always good to ask when systems might work counterproductive. Particularly when they, in one way or another, make us more distant from human interaction.

We can’t, however, allow such systems to cause us to lose part of our humanity.

Technology is great and the value Apple Pay provides us with is apparent. We can’t, however, allow such systems to cause us to lose part of our humanity. Again, I do use Apple Pay on a daily basis, as many others, and will continue to do so. My reflection is in no way a call to boycott any cashless payment system. But, perhaps, the next time you take that phone out, look up at the cashier and just say “hello”.

All illustrations by Danique de Bies 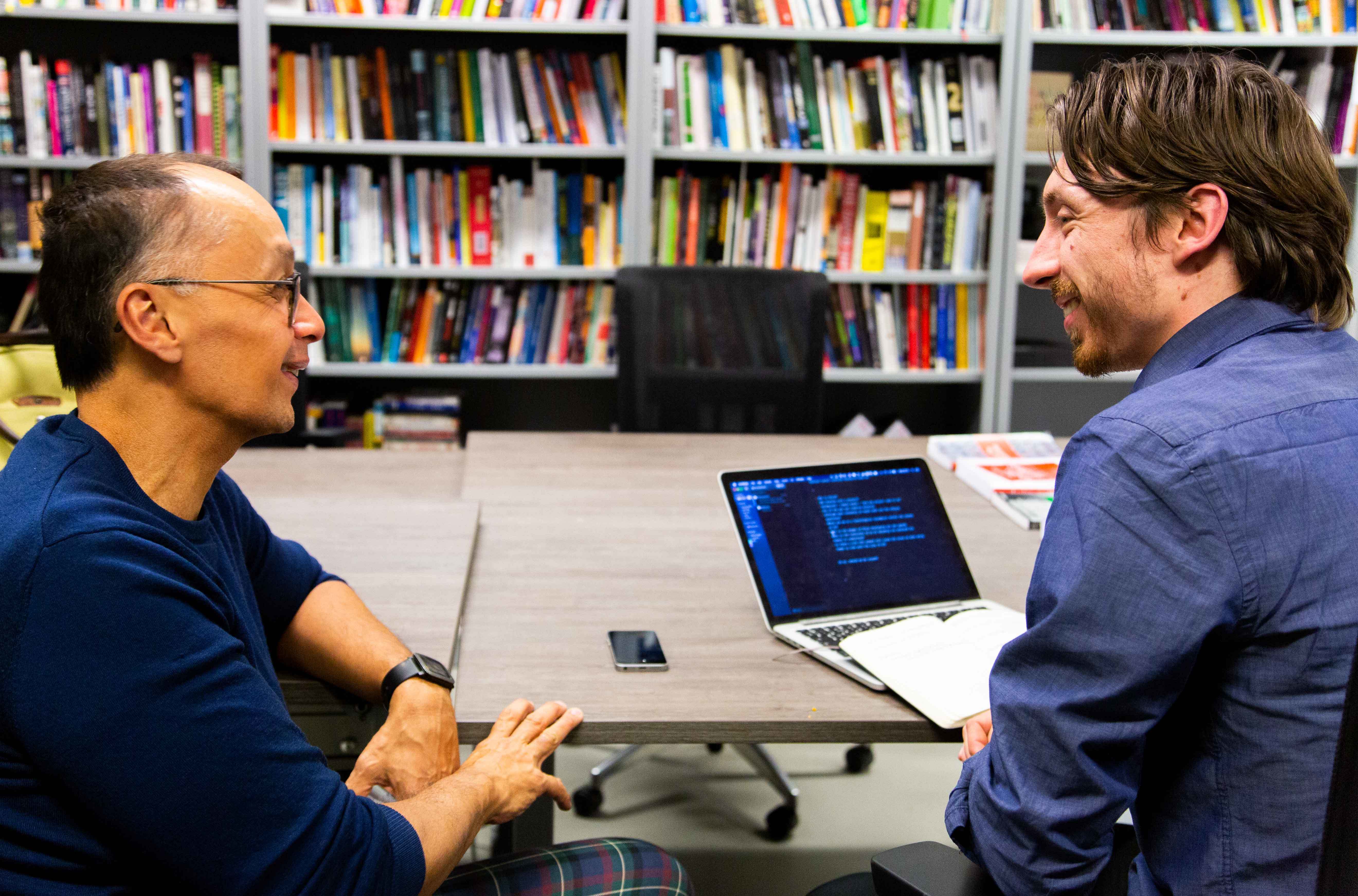 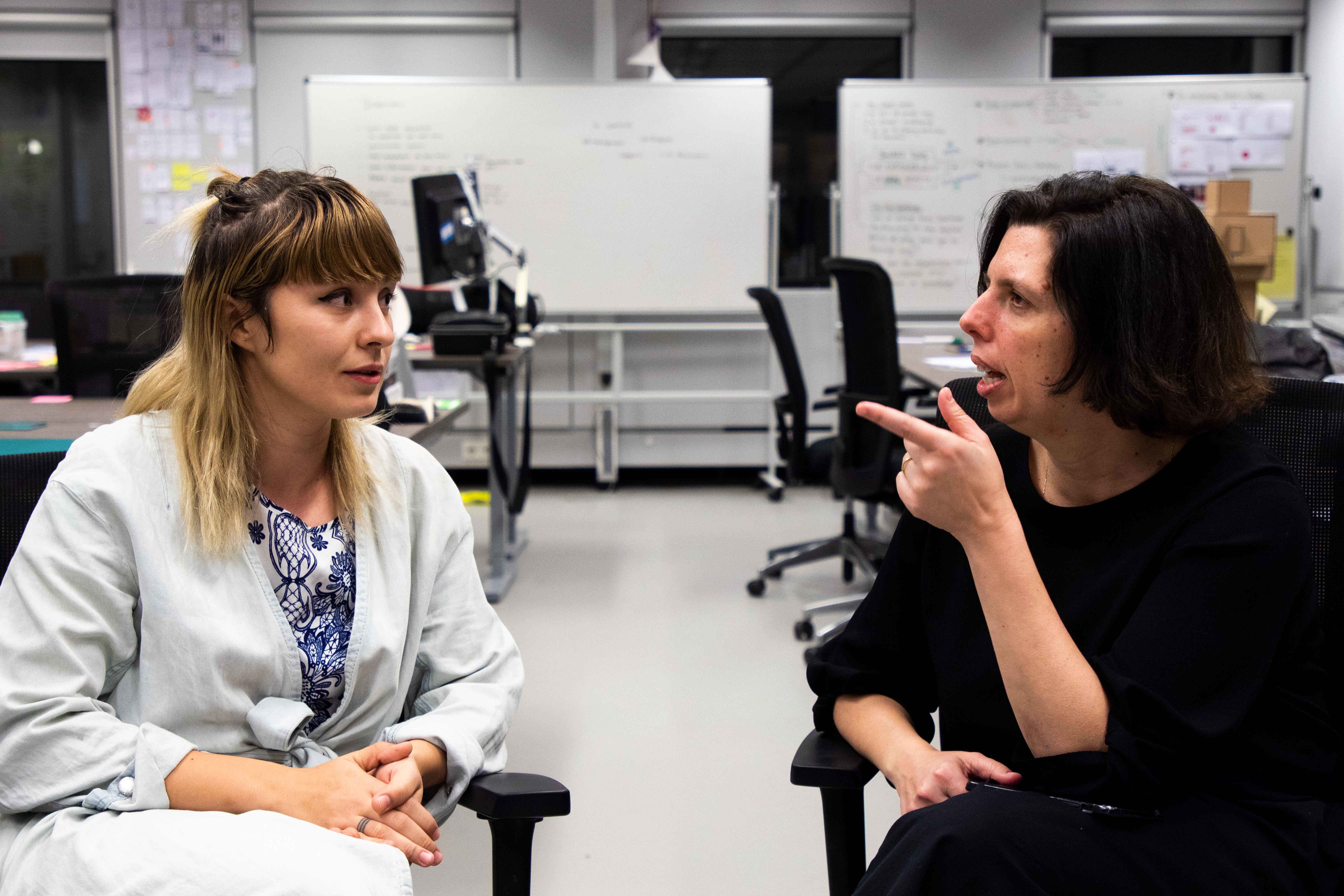